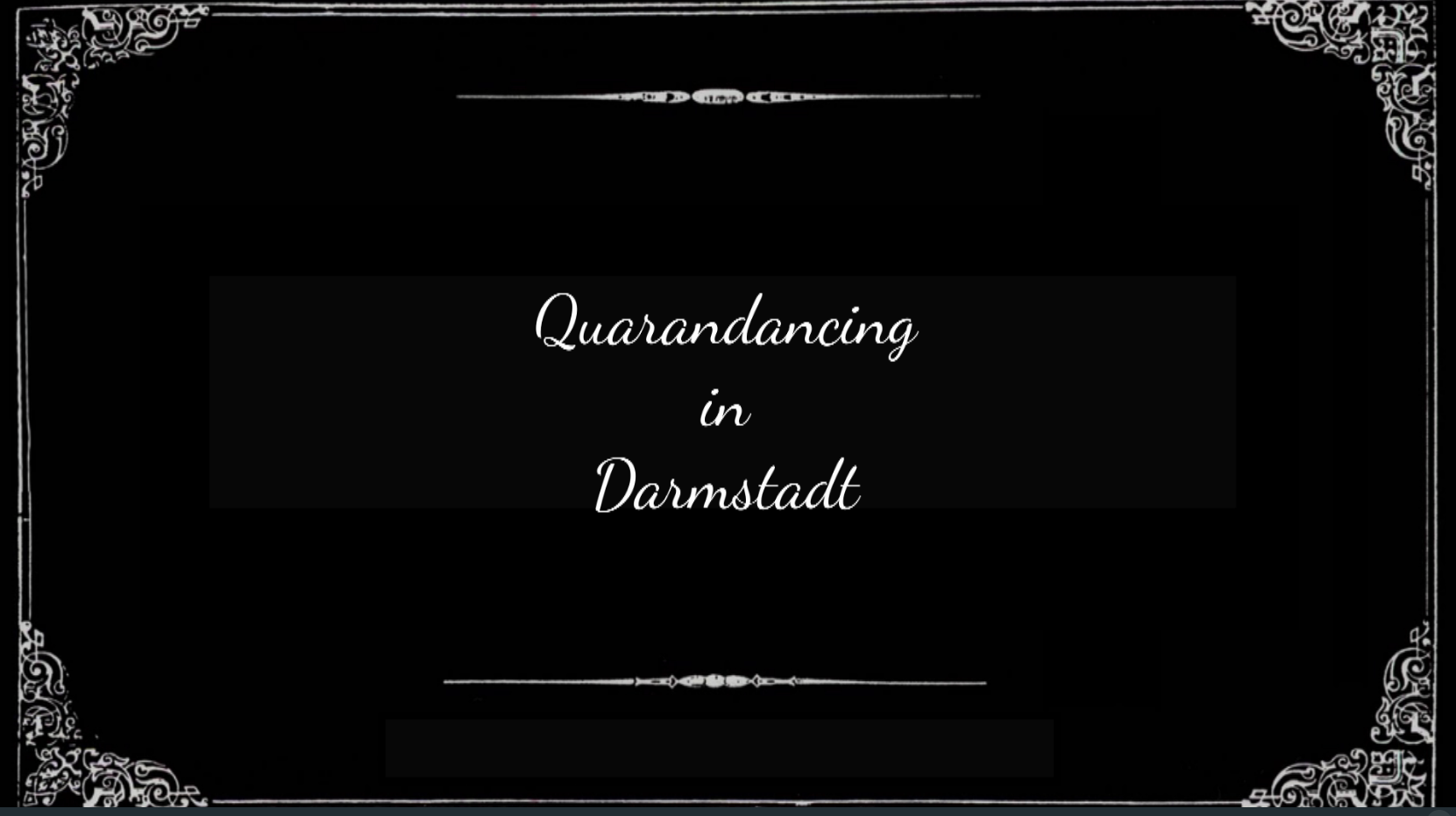 I haven’t written anything in a while and since my last post, quite a lot has happened in this world. I would like to use this piece of writing to capture some of the current zeitgeist, to show some weakness but also to offer a way out. Even finding the right words in these challenging times is complicated. In a way, this blog post is a manifest of things I have realized in the last few months but also a way of holding myself accountable and work for a better future.

First of all, I have to acknowledge that I speak from a privileged position being a white male university student who has a rather safe job and his parents’ support. Having said that, I want to offer my deep and sincere thanks to all those people who get up every morning and keep this system up and running. Furthermore, I deeply empathize and stand with all the people who have to face systemic discrimination on a daily basis because of their ethnicity, gender, socioeconomic status, sexual orientation, or simply for being different. Lastly, I want to highlight that even though we have to face very pressing problems right now the overwhelming issue of the climate crisis has not suddenly disappeared overnight even though it might be less present in our daily news.

Facing this seemingly insurmountable wall of problems it is inevitable that one feels a certain helplessness. In an egocentric fashion, I want to describe my own struggle in dealing with all of this. I do this with the hope that calling the problems by their names will help other people in their own struggle by realizing that they are not alone. The pandemic and especially the lockdown have stripped me of so many social structures that kept my life together. Online courses are a rather meager replacement for the rich social life one usually encounters at university. This means that getting up in the morning requires much more intrinsic motivation and more than ever I start to question whether I am on the right path or not.

My daemon, in the daytime I carry it in my pockets, in the nighttime, I put it on my bedside table so that it will be there first thing in the morning to remind me of its existence. It is my smartphone, my connection to the internet, to this vast source of amazing, beautiful content. It draws me in hypnotizingly urging me to find something new, something to entertain me, to divert my attention away from me. After consuming a bunch of content, sometimes even first thing in the morning, rather than getting inspired by it, it feels like a veil of dullness is layering over my mind. I become numb to the real pleasures this beautiful life has to offer, it gives me a false sense of comfort. It urges me to discover an even more amazing piece of content next to break through this dullness which of course only worsens the craving. I guess this is what the Rolling Stones described by “I can get no satisfaction”.

It would be much easier if it only was about the amazing and beautiful content on the internet. At other times in a very similar pattern, I obsessively indulge in a downwards spiral of despair by consuming news outlets or twitter feeds. They are full of unfiltered descriptions of violence and hate. I get a condensed package of what is wrong in this world through a skewed lens from a strange distance. In this case, a sinister veil of this earlier described helplessness lays over my mind and renders me virtually unable to perform mundane activities.

The worst part is that I am painfully self-aware of these patterns and understand fully well that I am harming myself with this mindless consumption of content. Rather than connecting me with the world, it disconnects me from myself and all the people around me. I also understand in these moments I do not deal with the earlier described issues of the world or at least get some work done, in other words, I am not what society calls “productive”. But instead of being a call to action, this realization again sends me down a path of perpetual self loath of hating myself for not being able to snap out of it. It is a vicious cycle that has me spinning without halting. The more and more I let myself be drawn in the harder it is to find a way out.

All of this is part of a mental struggle I deal with every day which has many more layers that I don’t want to describe in detail. Instead, I want to continue with a deeply connected issue. When I leave the house to interact with other people I do not deal with these insecurities. Much rather I armor myself with a shield and a sword. The shield I use to protect myself from other people seeing my insecurities, whereas the sword I wield to harm other people, to uncover their insecurities, to dig in their pain instead of my own. But instead of protecting me this behavior just reinforces all the problems I have and most probably also those of other people. This keeps me from really connecting with the people out there, which would be the solution to so many problems.

With a demonstration of vulnerability, I want to signal a willingness to acknowledge that other people have to deal with similar or much rather with far worse things. I can only try to imagine what a single parent juggling their job and raising their kids staying in home-office or a person of color facing systemic and regular discrimination has to go through. To make this clear I do not want to complain about my own situation in any way. The point I would like to make here though is that by realizing that I myself am a person full of insecurities and struggle I can feel compassion for everyone out there having to deal with their own problems every day. I can start by listening to what these voices have to say and where the real issues are in the world. I can go out on the street with an understanding that everyone else is just trying to deal with all of this. And maybe by listening to the people out there I can be part of the solution rather than the problem. I would like to channel my energy into positive things, into creating a better world.

This brings me to the real reason for writing this blog post and enables me to end it on a high note. I would like to talk a bit about a community and its ideas which keep me going. I have written about swing dancing in the past but this time it carries a bit of a different vibe. Unsurprisingly the pandemic has also hit the swing dance community quite hard. I mean what could be worse for spreading the virus than a social dancing event with a hundred people switching partners after one or two dances. Luckily we have found a way through it. We started dancing at home, had online classes in zoom sessions and when it was possible we met again. Way back when we were in quarantine I and a good friend started a video project. The videotapes of the single dancers were all captured during that time. I have procrastinated quite a lot cutting the tapes together. But, finally, here it is: I present you with “Quarandancing in Darmstadt”. A big thanks to all the amazing people who participated in the video but also to everyone that takes part in the social dances or organizes all the amazing events!

I would like to explain what the video means to me. It shows a community of people finding a purpose in music and dance. A community that offers me a refuge a place where I can recharge. By meeting those people I can forget for a few hours form some real connections. The video shows a community of people who follow necessary regulations to keep the virus at bay but do not let themself be held back from what is most important to them. It is a demonstration of a real alternative, a redefinition of public ground. It is a reminder for me that even throughout this weird time you can put on a tune, throw on a smile, and swing your legs. It does not matter whether it is at home or in a public place in the middle of the city. When we started meeting again for our first solo socials in the park, it was weird for me in the beginning but after a short time, I felt really thankful for being together with other people again (although having to keep a 1.5m distance).

Dancing in public especially with live music is something special! It always puts a smile on my face and it spreads a very special positive mood! Passengers stop by and watch, some of them even join in. It gives me a sense of purpose, a sense of belonging together. It also demonstrates that culture is system relevant. It is a huge privilege that we get to enjoy this amazing thing again! Although I have to admit it is probably not the thing that will solve all the world’s problems it is a small step in the right direction. At least for me, it is. It is a way of dealing with all of these stupid things I was describing earlier. It is a place where I can forget for a short time, a place where I can draw energy from. (I keep my smartphone in my bag and oftentimes totally forget to look at it for quite some time). When being together with other people enjoying some beautiful music I feel a very positive energy. I can take this positive feeling home and channel it into creating new things, into working for a better future.

We use cookies to ensure that we give you the best experience on our website. If you continue to use this site we will assume that you are happy with it.OkPrivacy policy